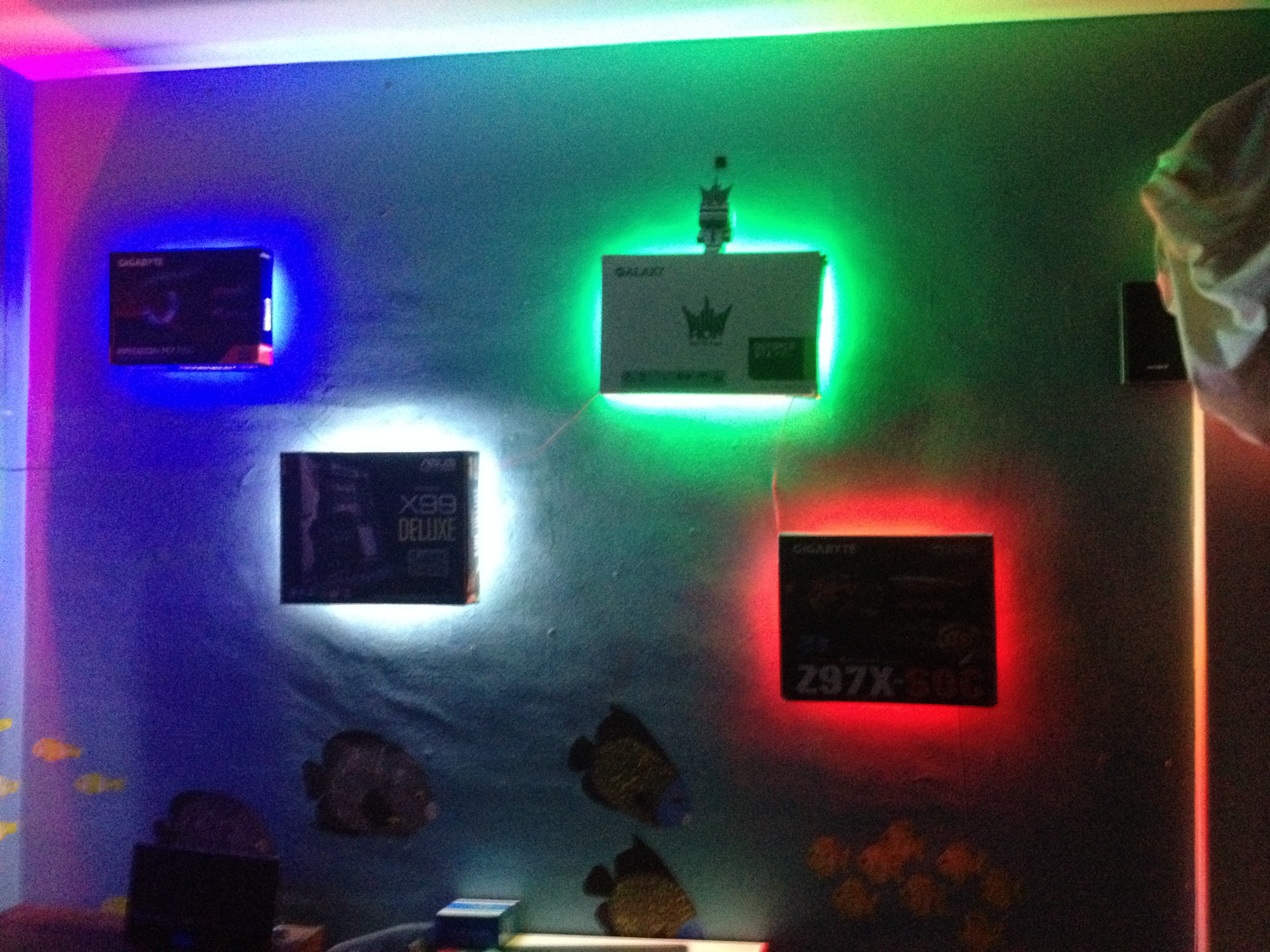 This article is long overdue – it is for a project that I completed while still in the early years of high school.
The same goes for many of the next articles and projects I will be posting.

One day, I decided it would be cool to mount the boxes of computer parts on the walls and backlight them with LED strips. The next weekend, that is exactly what I did.
I used some 1cm x 1cm wooden strips to create a square slightly smaller than the sizes of the boxes that I will be mounting. To those squares, I attached the LED strips which were different colors to match the main color of the boxes. Once mounted, this created an effect somewhat like a floating box, with the light coming from behind, and no visible shelving to hold the box up.
To mount all this to the wall I chose the non-permanent method of double sided tape in the form of 3M command strips. I did not want to damage the boxes either, in case I ever needed to return any of the parts that they originally contained, so I used adhesive backed velcro to them to the wooden frames.
Now for the power, these LED strips need 12V which is perfect, as I have a computer power supply that provides 12V for the overhead lighting as well. I stuck an extra connector and switch on the end of a pair of wires and connected that to the closest box. To attach the rest of the boxes, I soldered wires between the 12V and GND traces of the LED strips, at the closest points between the boxes.
Fast forward a few years to when I am now writing the article, I am somewhat surprised that these held up so long. The 3M command strips are just now starting to lose their stickiness. As for the lighting, it still works perfectly, but I did not use it as much as I had expected. The LEDs were too bright to wire in to the main light switch, so I left them on a separate switch and only really ever used them as a showpiece.
If I were to do this again, I would make the LEDs dimmer by driving them from 9 or 10V instead of 12, and wire them in to the main light switch so that they are not too bright.