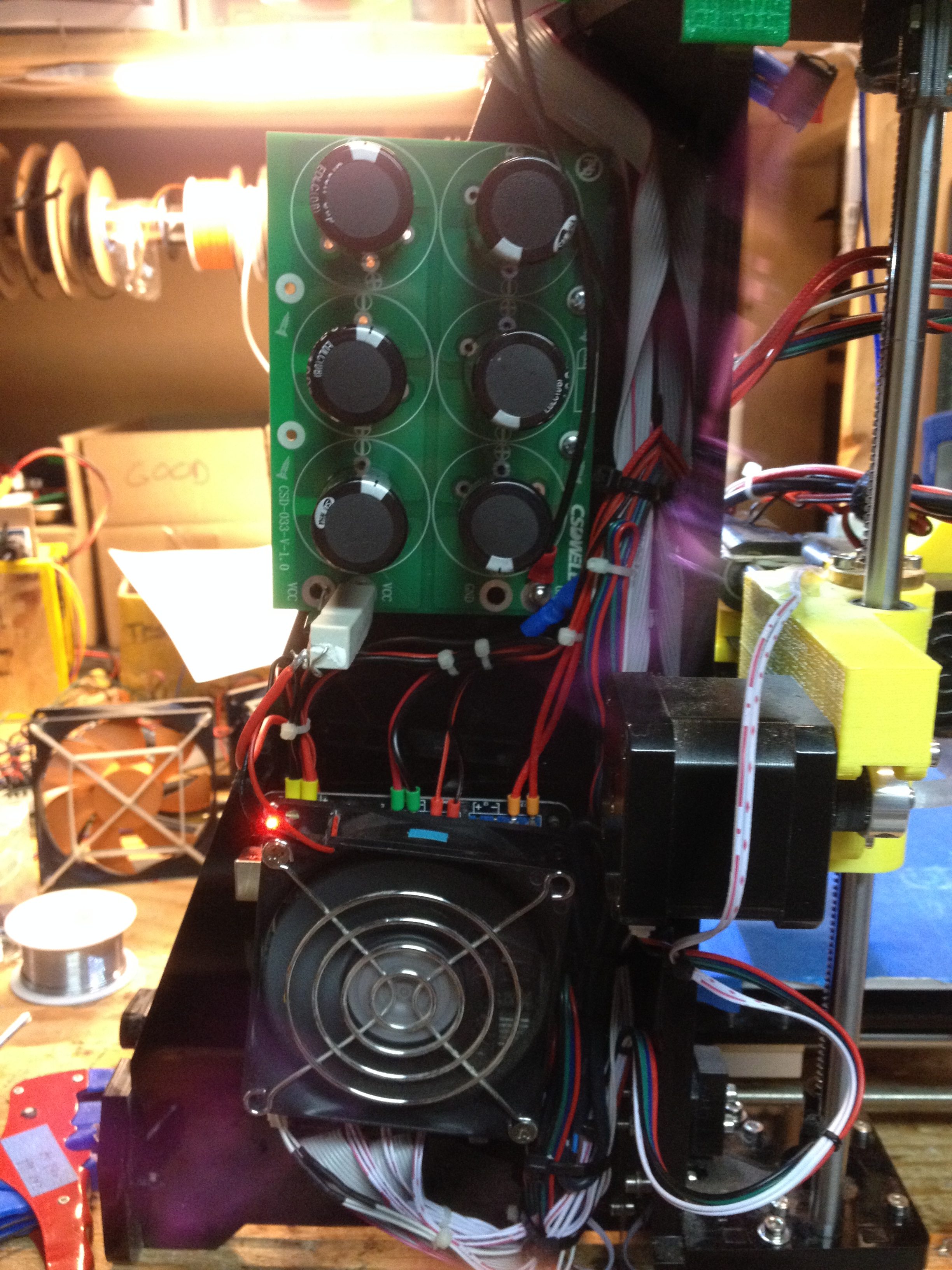 With the recent addition of a powerwall to my workshop, I’ve been running everything I can from it. That includes my 3D printer. I wanted to have dual power sources for and be able to switch between mid-print, so I could use an AC adapter for overnight prints, and could print from the battery during the day while I can monitor it (I do not have a BMS installed yet – I bought a 7 cell monitor with 50mA balance that I will eventually install).

Before jumping in to that, I figured I should clean up the wiring. 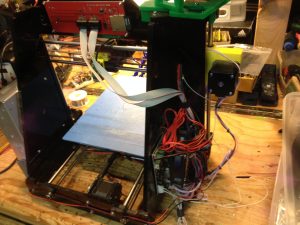 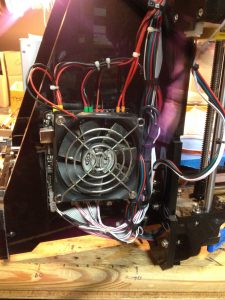 I used a 3 position switch to switch between AC power, Battery power, and OFF. 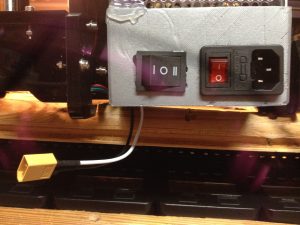 When switching from AC to battery I used a supercapacitor bank to power the board for the few milliseconds while the contact switches position. The supercapacitor module I used has 6 2.7V 100F supercapacitors connected to a overvoltage protection board. I could have used some batteries for this, but supercapacitors work very well and charging/discharging batteries properly would have been more complicated, heavier, and less appealing. Charging the supercapacitors could have been achieved just connected directly to 12V, but if they are dead to start it would draw a huge current and charge up very quickly which is usually the good side of supercapacitors. However, the problem with this is overcharging and staying balanced. The charging current would also be too much for the 12V 20A power supply, and the voltage would probably drop too much. Being chinese parts, I did not trust that the supercapacitors that I used would be balanced, so I decided to limit the charging current to 1A with a 10ohm resistor in series with the supercapacitors. This resistor would also limit the discharge current of the supercapacitor bank, which I did not want – so a 20A diode in parallel with the resistor was added to be able to discharge the pack at up to 20A. I also added a switch inline with the capacitor bank to connect or disconnect it from the 12V system. This will hopefully put less wear on the supercapacitors and let them last longer (especially considering I do not think they will last too long being chinese parts – one was already dead out of the box). 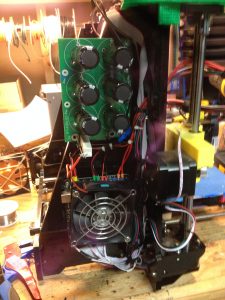 The other reason for adding the resistor in limiting the charge current was to completely eliminate any chance of the supercapacitors overcharging. The bleed resistors on the supercapacitor board can keep the cells under 2.7V while they are being charged at 1A.
An XT-60 connector was used for the battery connector. One issue I have found is the converting my 24VDC powerwall to 12VDC cheaply, and transmitting 20A current over almost 12 ft from my powerwall to my printer. I have a few different models of DC-DC buck converters on order, and will test them out once they arrive – the one that I currently have has too much of a voltage drop when drawing 20A, and the printer shuts down.
This has been a fun project, and it was amazing when it worked on the first try (powered from a smaller 12V battery).