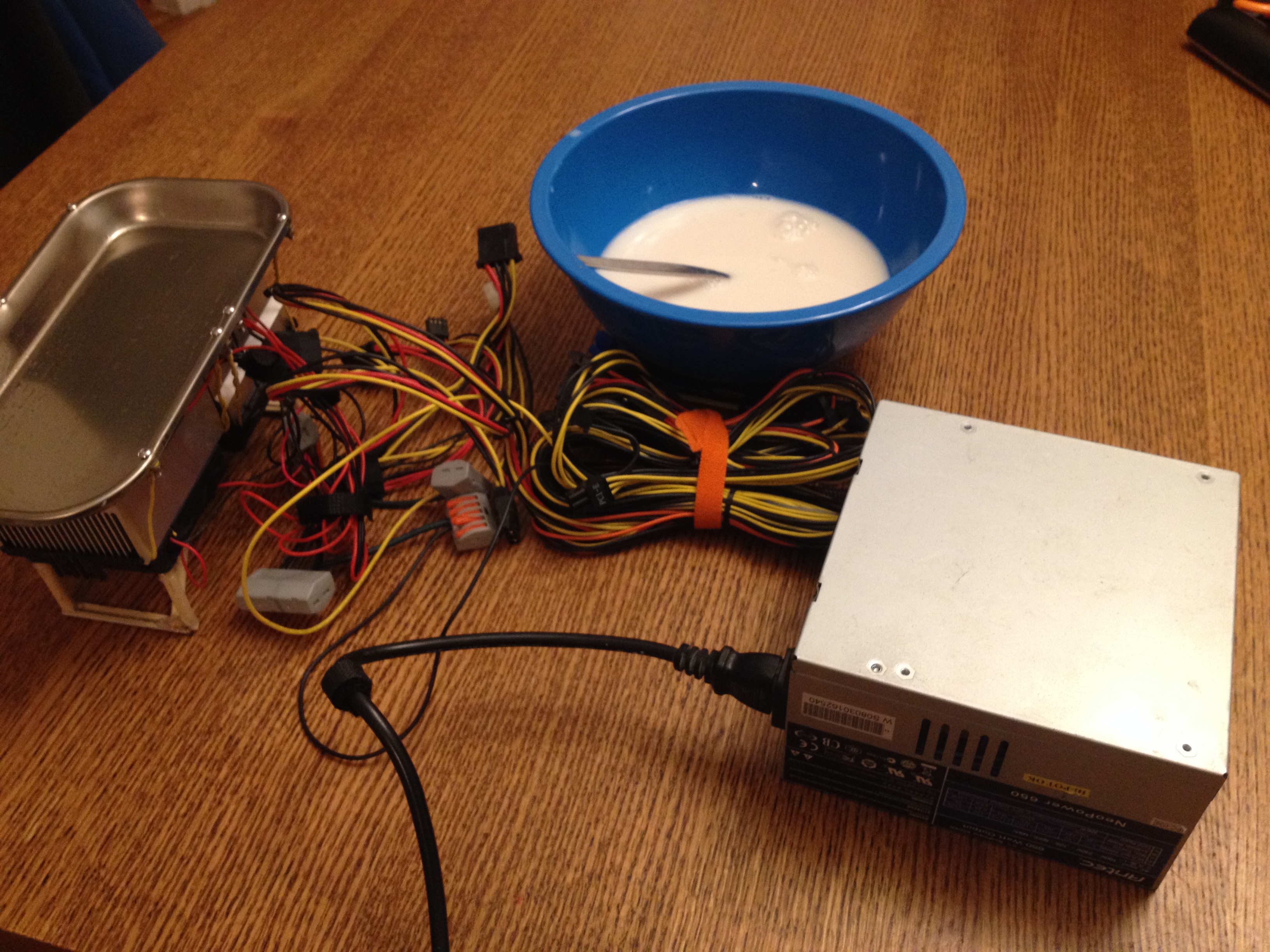 This project has been sitting around completed for a few months now, and I finally found the time and opportunity to test it.

I used a few peltier elements to cool down a stainless steel tray, in order to try to make some ice cream on it.

4 12V peltier elements (though more than 4 is advised)

2 CPU heatsinks – any heat sinks are usable, but these are cheap and easily accessible in old computers. I had both already on hand when I started this project.

Attaching Peltier Elements and Heat sinks to the tray 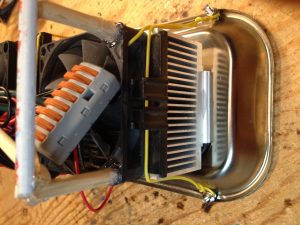 I used some cheap thermally conductive silicon glue to attach both the peltier elements and the heat sinks. I just left them sitting with the weight of the aluminum heat sinks to hold them down, but it definitely would have been a good idea to clamp them down while the glue was drying so that there is less space between the peltier elements and the tray.

To permanently hold everything in place, I contemplated designing and 3D printing a holder, but I was not too sure about the effects that a big temperature difference would have on it (brittle at one end, malleable at the other). So, I drilled some holes in the tray, attached m3 screws and washers, then looped some solid core wire around them and over the heat sinks to hold them to the tray. A 3D printed mount would have been better, because it would allow for more pressure to be applied, but this was much quicker. 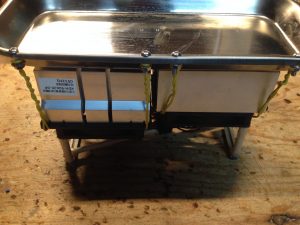 I felt that designing a 3D Printed mount for this would take longer than it was worth, so I just used some wooden dowels and hot glued them to the fan shrouds on the heat sinks. It ended up a little uneven – nothing that can’t be solved by adding a bit of extra hot glue to a few corners – but when you’re not accurately measuring anything, that can be expected.

As you might have been able to tell from the title, this did not work as well as I had expected it to. It only really got cold in one spot, just above one of the peltier elements, the rest of the ice cream mixture hardly changed from its original liquid state at all. It took almost 20 minutes to make one spoonful of ice cream. Using more peltier elements is definitely a must if you plan on building one. That way, it should get much colder and might actually be useful. If, or when, I do this again, I would also use some more substantial heat sinks, and mount them properly with screws to hold them down tightly. 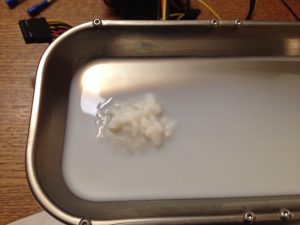